Why I Summit Mountains 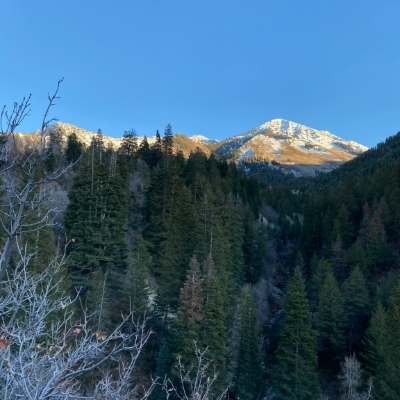 My last mountain was several months ago in the Wasatch range near Provo Utah. It was a half-day excursion and as we were struggling to put one foot in front of the other I started to think to myself "why is it that I put myself through this suffering each time I climb another mountain?" As I have pondered over this question the best explanation is something that I like to call mountain amnesia. With many hikes, especially those related to peak bagging, the trail is usually beautiful but also a pain in the rear to continue on. Steep gradients, elevation gains that seem to go on forever, and scrambles up scree fields all seem to remind me that gravity is not on my side. But for some reason, I keep going back to the trails and seeking out these mountains.

Mountain amnesia I believe sets in at two separate stages; the first being at the actual peak or viewpoint. This is when your mind gets overwhelmed by a hoard of different emotions from exhaustion and confusion from the hike up to awe and ecstasy from finally making it. The views from a mountain peak are incredible, there's no point arguing against that. The feelings that come at this point I think were succinctly described by John Denver as the "Rocky Mountain high" (even if you're not in the Rockies I think that this still applies). You have this elation from accomplishing what you may have felt was an impossible task as you struggled up the trail. This "high" stays with you as you start back down the trail but slowly starts to recede and by the time you collapse into the seat of your car it is mostly gone and you crash.

As a side note, one of the best feelings after a hike is collapsing into a chair (often in my car) though one of the worst feelings is attempting to stand back up after driving for an hour or so back home. I say attempting to stand because often it is more difficult to stand and walk after a burly hike than it was going on the hike itself! This is mostly because of the lactic acid buildup, but I think may also be related to the "crash" after coming down from the mountain "high".

Back to the amnesia, after your brain has recovered it would seem that in order to convince itself to potentially go and climb another mountain to feel that high again it eliminates most of the pain and suffering associated with the memory of the experience. That is the second stage of mountain amnesia and what actually allows someone to summit more than one mountain in their lifetime. For that, I am very grateful. Even with the challenges involved, hiking in the mountains, or anywhere else with a difficult approach, is well worth the effort. The emotional connection developed with these places is something that is incredibly meaningful and important, especially with the crises in the world right now. We need these connections with the mountains in order to preserve them. So go take a hike, suffer a little, and forget the challenges of daily life for a time.