The Problem with Sustainability 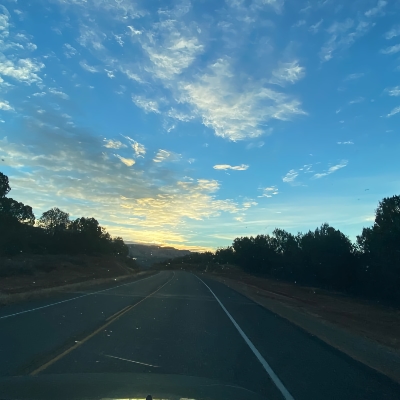 Sustainability is a good thing, right? That's what many people would claim, but what exactly does this "green" term actually mean? This is a question that I've been considering for some time now, and I think I may have found an answer. Take this with a grain of salt, I'm not a professional in linguistics or philosophy, but here is what I have concluded regarding sustainability.

First off, let's identify a few terms. To sustain something is to keep it the way it is. On a piano, the sustain pedal holds a note out for longer. With this in mind, wouldn't sustainable living then mean living in the same way that you've been living? Perhaps, but I believe that there is more to be understood.

As I was searching for the meaning of sustainability I decided to consult the Merriam-Webster dictionary and found a few interesting things. Two definitions particularly stood out to me; the first involved providing the resources for something or someone to exist and the second described holding up the weight of something. To me, the “something” that we need to focus on is life in all of its forms. This makes sense, but it got me thinking, what or who is providing the resources? In the eternal sense, it is God, but the mode which He gave us to obtain the resources needed to hold up life is the Earth.

So sustainability is all about ensuring that the Earth has the resources necessary for all things living on it can continue to live? That is what I have concluded. The purpose is life, and the means is sustainable behavior. I personally believe if everyone were to grasp this concept and adjust their lives accordingly, we would be able to solve virtually all of the world’s problems– and not just the environmental ones. By understanding that every action we take can have worldwide impacts, determining what path to choose becomes simple: whatever will use the fewest resources, produce the least emissions, and provide the highest quality of life for everyone.

Sustainability then has relatively little to do with sustaining actions or lifestyles and everything to do with sustaining life. In this case, perhaps the dialogue surrounding sustainability ought to be modified from what we need to do towards what we need to be. For modern society to truly become sustainable we need change. Perhaps this sounds paradoxical, but I believe that it is true.

Diving deeper into this concept, I recently read an article that explored the idea of conservation. The author noted that in many indigenous languages there was not a word that translated into "conservation". Rather the word "restore" would be used. To conserve something is very similar to sustaining something. They both deal with maintaining what we currently have. This is not a bad goal, however, there is something to be said about looking towards restoration instead.

To restore something is to bring it back to its original condition. For example, when restoring a lake the goal ought to be bringing it back into a historical, healthy state. If something is added to that body of water that was not originally there, it is not being restored. Even if some positive results are obtained it would still not be restored because of increased anthropogenic disturbance.

Moving from the lake example to the entire planet, why would we want to restore Earth and what would we restore it to? That, I believe, is the fundamental question that must be asked. Herein is the difference between the lenses of sustainability and restoration: sustainability holds up the present as a guide for the future while restoration studies the past as a framework for moving forward.

With this in mind, I would argue that we want to restore the Earth to a condition in which human civilization is capable of thriving. The path we are on currently is rapidly bringing us away from that state of existence. I believe that sustainability is something that needs to be talked about but not without also connecting it to restoration, at least regarding environmental issues.

Now, don't get me wrong, I am not advocating for moving society back in time, I would suggest quite the opposite. The advancements in technology in all spheres are fantastic and good for sustaining human life. We don't need to go back to the living conditions of pre-industrialism (though it might be interesting to try it out).

Here's where we get to the complicated nature of environmentalism: there is this desire to restore the Earth to pre-industrial conditions without necessarily bringing humanity back to those conditions. We have to ask ourselves what the balance is between environmental restoration and social progression. Both are incredibly important, but so often it feels that we can only have one or the other.

Let's take a moment here to consider what the world could look like if we just focused on one of these issues at a time. I'll start with social progression. If we disregarded the environment the obvious next step would be to provide energy, in whatever form, to as many people around the world as possible. This would promote improved societies with better healthcare and access to food and water. The problem here is that eventually we would destroy all of the natural resources, pollute the air, land, and water, and limit growth for the future.

What about disregarding humanity and entirely focusing on the environment? I would imagine that we'd ban people from going outside; no one could go anywhere, civilization would stop developing, and there would be a lot of unhappy people. I will admit, both of these situations are generalized, but not too far from what could actually happen. In other words, we shouldn't isolate these two values.

When we take these two principles hand in hand we promote development in an Earth and people-friendly way. We look at all life on this planet and think about how our actions will impact them. I believe that recognizing the connection between everything is key to a brighter future.

This isn't something that can happen overnight, it will take everyone coming together for the greatest cause of life. And it's not just the plants and animals who need this, we need it for ourselves. The Earth itself can make it through almost anything, humanity can't.