As the plot has thickened in the Utah Lake drama, new ideas for improving the lake’s condition have come up, and I figured I might as well create an addendum to my original solutions article. Some of these solutions might actually be legitimate while others might not. I’ll let you decide.

If you haven't read my first list of alternative solutions, check it out here. If you're not familiar with the Utah Lake islands proposal, read more about it in another article I wrote here.

Reverse the flow of the Jordan River # 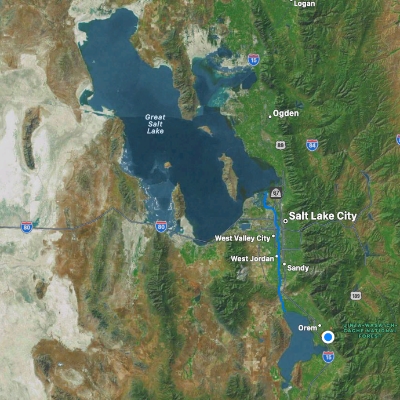 I recently learned that if a body of water has a high enough salinity, cyanobacteria are unable to survive. My first thought, of course, was how to apply this new knowledge to develop a solution for the cyanobacteria blooms at Utah Lake. This new piece of knowledge was obtained at a research conference focused on the issues of Great Salt Lake. That lake has experienced severe drops in water levels which caused the salinity to increase.

Perhaps you’re starting to piece together the puzzle as I did. Great Salt Lake has too much salt and Utah Lake has too many harmful algal blooms. Salt kills the algae and there’s a river connecting the two lakes. The obvious solution then is to take the salt from Great Salt Lake and bring it down to Utah Lake!

There’s a slight problem, however. The Jordan River flows north from Utah Lake to Great Salt Lake. This is not very helpful for transporting saltwater down to Utah Lake. All is not lost though, there may still be a way to use the river to saltify our freshwater lake.

In the 19th century as America was expanding westward a group of people decided to settle on the banks of the Chicago River. This really wasn’t a fantastic place for building because the area was filled with wetlands (which as a side note wetlands are bad to build on because the ground is wet as well as they are hotspots for biodiversity and biogeochemical cycles).

Even with the challenges of building, these settlers were determined to stay. Eventually, they lifted their city–which they called Chicago–onto stilts which prevented the buildings from flooding. At some point, they also decided that it would be useful to be able to control which direction the river was flowing so they built several flood-control gates and reversed the flow of the river.

This is exactly the solution that Utah Lake needs. Would it completely alter the ecology of both lake and the Jordan River? Probably, but we don’t need to worry about that right now. Just imagine being able to control the river and eliminate the algal blooms!

Keep the lake salty and deepen the lake # 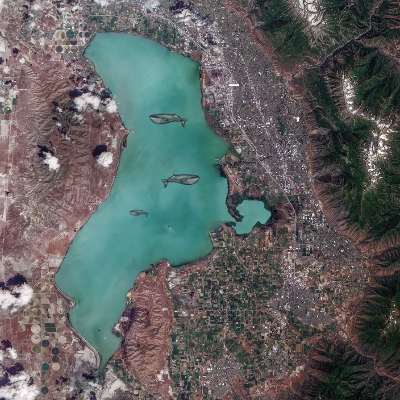 Rumor has it that in the early 20th century a large aquatic mammal was shipped from the pacific ocean and dumped into Great Salt Lake. That’s right, there may have been a whale in the lake at one point. There’s some dispute against this claim, but it may have happened at some point.

I would say that the Great Salt Lake could use another whale, except that it is shrinking at a rapid pace and probably doesn’t have enough water in it for that anymore. So the best answer is obviously to divert the water down into Utah Lake. Then we can take a page out of our islands building friend’s book and dredge the lake bed 30 feet deeper. This ought to be a sufficient depth for a whale to thrive. If there still isn’t enough water we could also build a pipeline from the ocean and pump in more saltwater.

But perhaps we don’t want Utah Lake to become a marine ecosystem, maybe freshwater is the way to go. There’s still so much more that could be done to clean up the lake without building islands! One solution would be to build lots of glass domes underneath the lake for people to rent out. The money from these hotels could go to a number of different causes. It could fund scientific research, restoration efforts, or simply line the pockets of the wealthy!

These underwater hotels would be significantly less intrusive than islands but could also help clear up the lake because of undisclosed reasons. Each dome would have a platform sticking up out of the water for people to fish off of. This would help eliminate the invasive fish species. 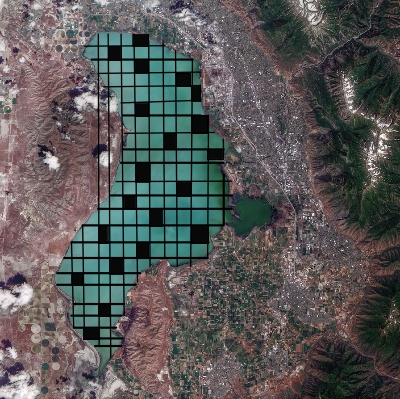 If the state decided that they didn’t want to transfer over the entire lakebed, another option would be to request small parcels strewn throughout the lake. This wouldn’t be effective for improving the lake bed, but it would make it really difficult for anyone to come along and develop it!

None of these solutions are actually viable options for helping Utah Lake continue to recover. There are, however, many things currently being done to support the ecosystem and solve the problems the lake is facing. Examples of these include limiting the nutrients being added by improving wastewater treatment plants, removing invasive phragmites, eradicating invasive carp and other fish species, and supporting the recovery of native species such as the June Sucker. These solutions and successes are things to get excited about! They don’t require developing the lake bed for real estate and they are currently making incredible progress! If you’re interested in learning more about these successes, check out the recording from the latest Utah Lake Summit here.